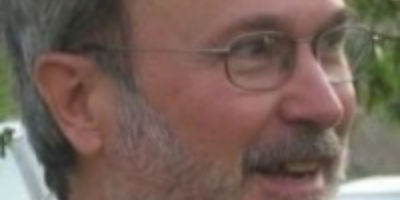 Wes brings three decades of experience in the development and management of secure online spaces to his work at Reliable Identities. In 1981 Wes founded Delphi Internet Services Corporation and its Kussmaul Encyclopedia, the world’s first computerized encyclopedia, an early example of hypertext. In 1989, Delphi became the first to bring the Internet to mass audiences. Rupert Murdoch’s News Corporation acquired Delphi in 1993.

While CEO of Delphi, Mr. Kussmaul launched a spin-off company, Global Villages, Inc., to provide magazine publishers with the business planning, design, engineering, hosting, management, and promotion services that allowed them to offer online services to their subscribers and advertisers under their own name. During that time Wes realized that the unboundedness of the Web posed obstacles to the kind of secure communities and reliable identities needed by publishers and other relying parties. In order to focus on the authenticity issue, Wes sold the hosting portion of Global Villages Inc. to NTT Verio.

The continuing operation, now called The Authenticity Institute, turned its attention to enrollment technologies that will enable secure and reliable online spaces governed by the principles of professional licensing, building codes, and occupancy permits.

In 2002 The Authenticity Institute became a charter signatory to the International Telecommunication Union’s World e-Trust Initiative and is now a Sector Member of the ITU. In 2007 the Secretary General of the ITU asked Wes to serve as a member of the High Level Experts Group in the ITU’s Global Cybersecurity Agenda; and as a member of that group was asked to present his QEI vision of an authenticity-infused secure Internet to a meeting of the United Nations World Summit on Information Society (WSIS).

Wes is the author of several books about privacy and authenticity, including Quiet Enjoyment (2004), Own Your Privacy (2007), and The Future Needs You (2007) and Don’t get Norteled (2014). He is also an individual adherent of the International Union of Latin Notaries and has been appointed a Notary Ambassador by the National Notary Association.

Wes received his BS in Physics from the University of Central Missouri in 1971 while serving in the US Air Force at Whiteman Air Force Base (SAC).